GamersOrigin is glad to welcome Finlay “Quaye” Stewart as the new head coach for its League of Legends professional team, supported by Société Générale and les produits laitiers. 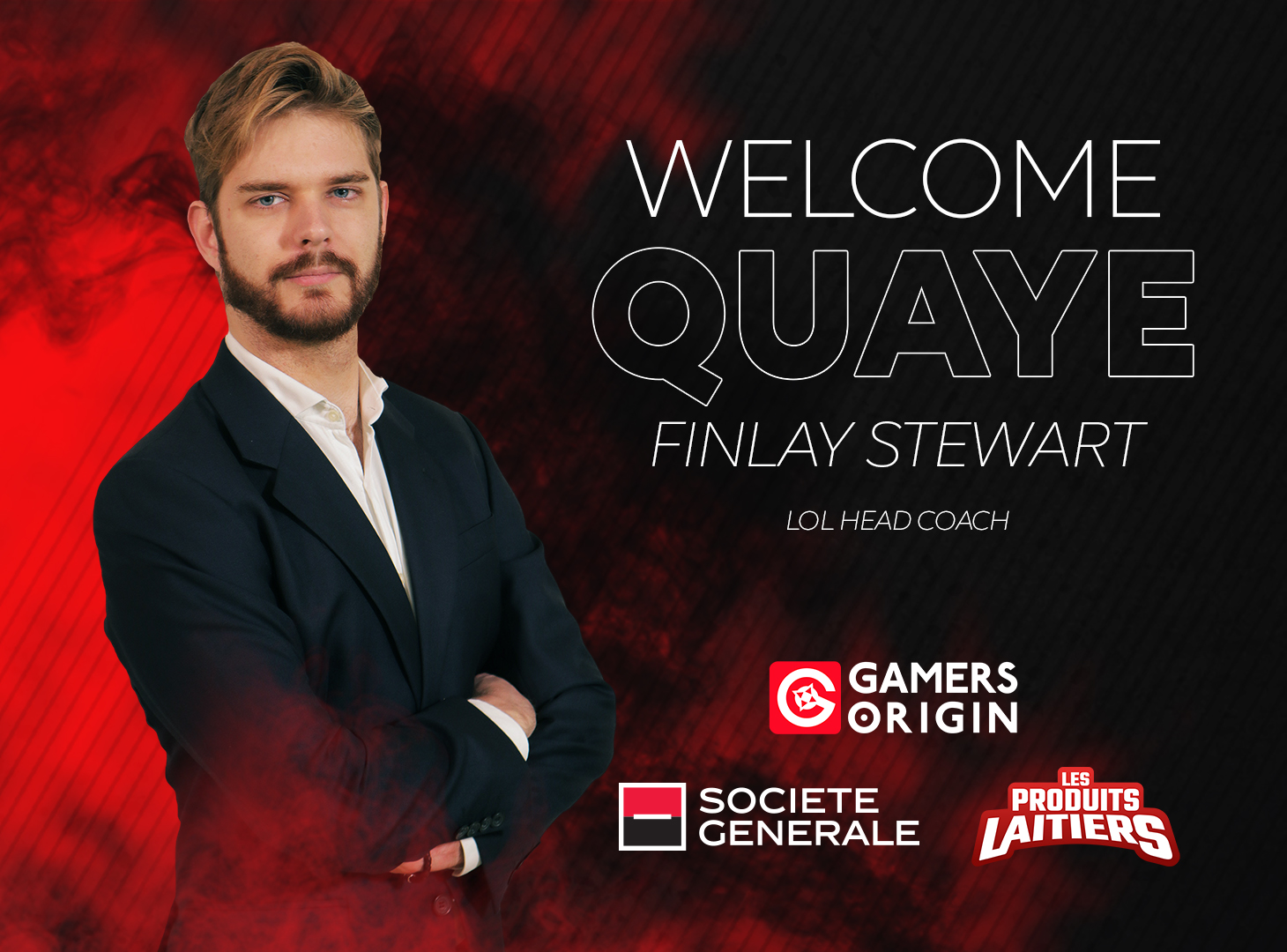 Quaye worked for Fnatic from 2013 to 2018. With the European most prestigious organisation, he was successively head coach, team manager and operations director. He also operated with MAD Lions, a leading Spanish team. Quaye is bringing to GamersOrigin his expertise of the highest level conceivable of League of Legends: he won several LCS splits with Fnatic and took part in international events such as  the IEM, the Rift Rivals and of course the World championship.

The GamersOrigin new head coach is used to work with the very best players in the world, like Rekkles and Caps, and to help new and promising competitors to improve, as he did with Broxah. His main goal is to qualify GamersOrigin for the LFL playoffs and to go as far as possible in the final bracket with the European Masters in sight.

Quaye is succeeding Ramón “Naruterador” Meseguer Fructuoso, who joined GamersOrigin just before the 2018 Open Tour final and who is not anymore part of our coaching staff.

The first official games of Finlay Stewart will be held next week, in the Ligue française de League of Legends, against Team Vitality and LDLC #GOWIN.