GO is invited to the Apex GLL

The GamersOrigin Apex Legends team has been invited to the Global Loot League Apex Legends Series, which will be held this month. 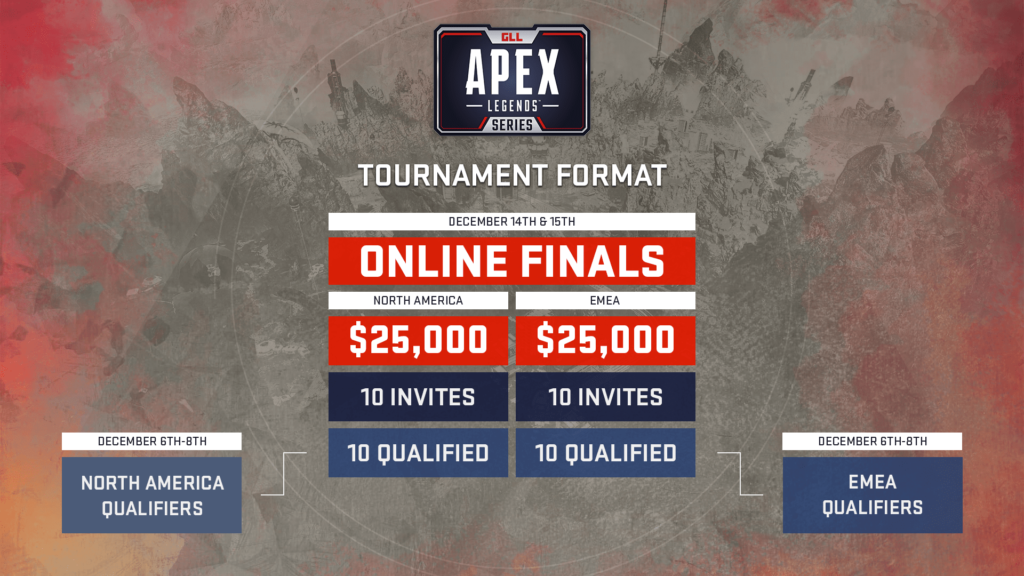 This competition is divided in two separate tournaments, one for North-America and one for Europe, each with a $25.000 cash prize. Ten invited teams will fight with ten qualified squads.

Thanks to its fourth place at the latest major tournament, the Apex Legends Preseason Invitational, GamersOrigin is directly invited to the main event alongside with the nine other best European teams.

Then, Romain “wSerious” Dittmann, Ivan “Osnazeni” Markeljic and Matthieu “Mpé” Pereira will enter the tournament on December, 14th. They aim to end the 2019 season on a good run and to confirm that they are part of the European top teams.

I see this tournament as a first exam. We have been working for several months, developing tactics and strategies on the new map.

We are of course willing to win the tournament, we will be focused at 100% and determined to claim victory, to feel the same sensations than in Krakow, even if it will be an online tournament.

This competition will confirm whether our playstyle is efficient and can perform in potential future tournaments. Winning and earning experience on the map “World’s Edge” will be our main objectives #GOWIN.