GamersOrigin is coming to PUBG

GamersOrgin is proud to announce the recruitment of a brand new team on PlayerUnknown’s Battlegrounds! 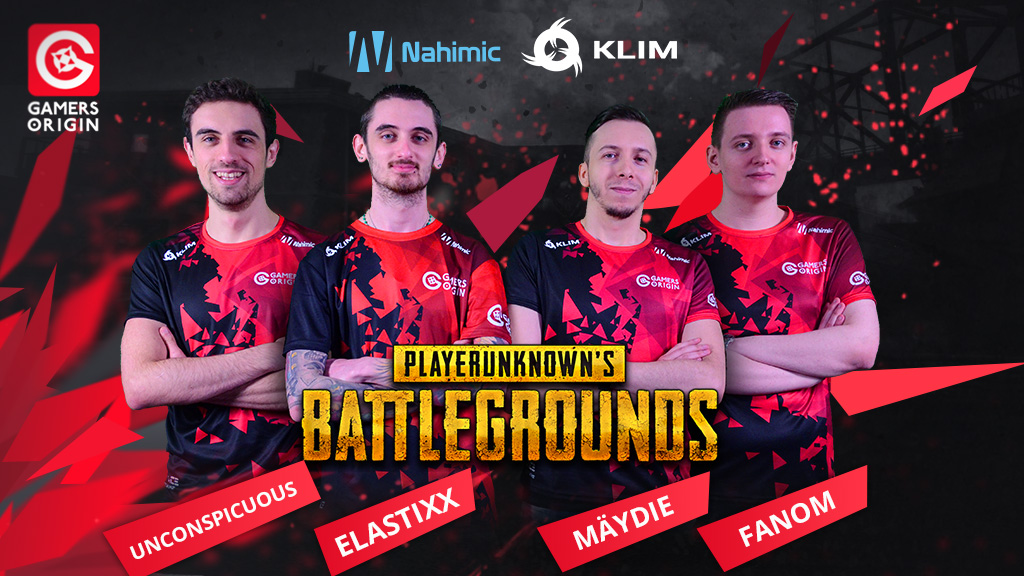 Since its launch, PUBG set records for concurrent users one after the other, even surpassing League of Legends in viewership on Twitch. With 25 million games sold and a user count peaking around 3 million, the battle royal game is quickly becoming a staple of competitive gaming. The esports scene has been expanding very quickly, without waiting for the official release of the game on December 20.

Strong from its previous experience on League of Legends, Hearthstone and Overwatch, GamersOrigin aspires to keep developing the esports club by investing itself in this game starting in 2017. And there’s no one better for that than the young French roster Seeklast which has shown great potential during the last qualifiers at IEM Oakland.

The roster is led by Norman “ElastiXx” Levitte, shotcaller of the team, and managed by David “Egregores” Arvin-Berod.

Here is our complete PUBG roster:

This recruiting is in line with GamersOrgin’s goal to continue to grow its esports club by recruiting high potential teams. PlayerUnknown’s Battlegrounds is only at its inception, but is already host to an active esport scene, which gives us great confidence for the future. We would like to thank our sponsors: Nahimic and Klim without whom this adventure would not be possible.