Gallon’s thoughts on his 2019 saison

The Hearthstone competitive year is almost done now, after 2 Grandmasters seasons and 3 Masters Tours. For Gallon, it was a real success, with a 2nd place at Masters Tour Las Vegas and a promotion to GM. The American player was in Paris a few days before the Bucarest major and he told us about his 2019 season. 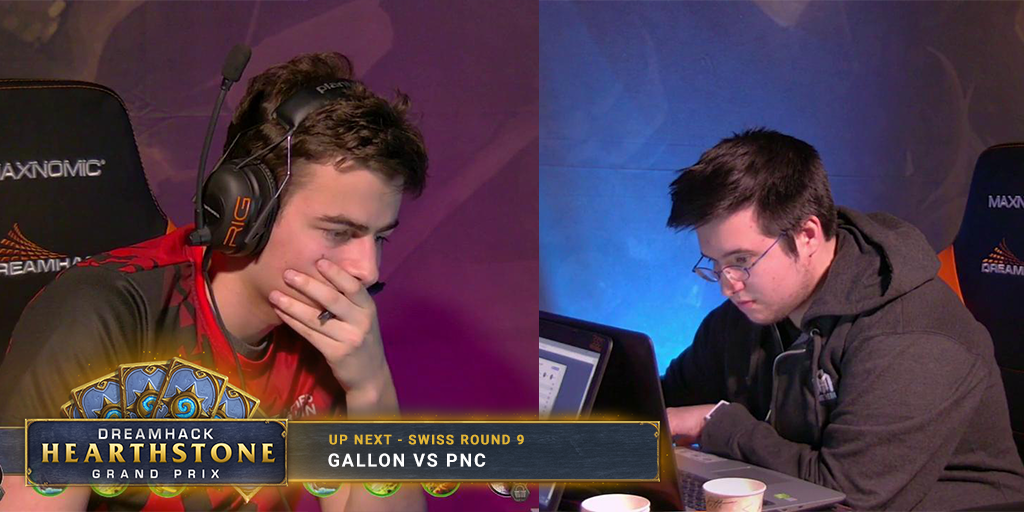 GamersOrigin:What are your thoughts on your first GM season?
Gallon: Overall, if I looked at it objectively, week after week with the deck that I’ve brought, I think the level of play is here, a lot of the games have been won because I’ve played better than my opponent.

I think the main problem I was having was the decks that I brought. It was not a huge problem, not as if I were bringing terrible stuff every single week, but it wasn’t optimal. If I had to put a mark on where I messed up or why I did not make playoffs and why I am fifth and not fourth, what I could have done better, it would be my decks.

Overall I am not that unhappy about it, I think that I played very well, and that what matters the most to me is the fact that I did not mess up immensely, I had a solid gameplay. I do feel there are some spots where I was pretty unfortunate, but when it comes to Hearthstone, if you try to blame everything on luck and RNG, you will have a lot of blind spots. There was definitely a way for me to go 8-6 instead of 7-7. But 7-7 is not a bad run.

GamersOrigin: Was it harder than you thought?
Gallon: No. But I expected it to be pretty hard. I had played against all the people in the league at least once before in my life. I used to play against Purple all the time, he was part of GamersOrigin and he is a really good friend of mine. He is actually the one who brought me in GO and we still talk a lot.

In terms of my opponents level of play, I knew them, I wasn’t really nervous. Honestly, when it comes to Division A and Division B, I think Division B was the hardest pool.

GamersOrigin:Just before the final at Vegas, were you thinking about becoming a Grandmaster?
Gallon: It was in the back of my mind, but honestly I was just trying to focus as much as I could. I was really happy at that moment. I ended up losing the final but it is still a really good result. It was a cool feeling.

GamersOrigin: You played in the first GM season with relegations, and you started 0-2. Did you change something after that?
Gallon: Yes I started 0-2, it was bad luck, I’m not going to lie. I think I played fine in those two matches and I told myself that 0-2 happens to everyone at some point, if you keep up your level of play, you’ll bounce back eventually. I did the job, I went 2-0 the week after.

GamersOrigin: What do you think of the switch from Specialist to Conquest with shield?
Gallon: Specialist was a very hated format, I think there was some merit in disliking it. It did not reward taking risks. It was boring for both players and casters except if you really liked depth into match-ups. It is not something lot of people like, no one appreciates warrior control mirrors. But Specialist was alright in an open field, like a Masters Tour.

There is still room to improve formats. I think it is better for grandmasters and for the viewing experience to have Conquest with a shield right now.

Specialist was not a bad format: in Specialist, the best player won more than the worse player. A lot of people just lost that when talking about how boring it was. For the games that I saw and played in Specialist, the best player won a lot more. With the new format, I think it is still true, the best still wins more often. It offers a better viewing experience.
However at the end of the day, because it is BO3, there is still a deck you don’t need to play. It means no one will take risk with his lineup. If you hard target a deck, your opponent may not play it. That leads to all that mentality about trying to outguess your opponents. 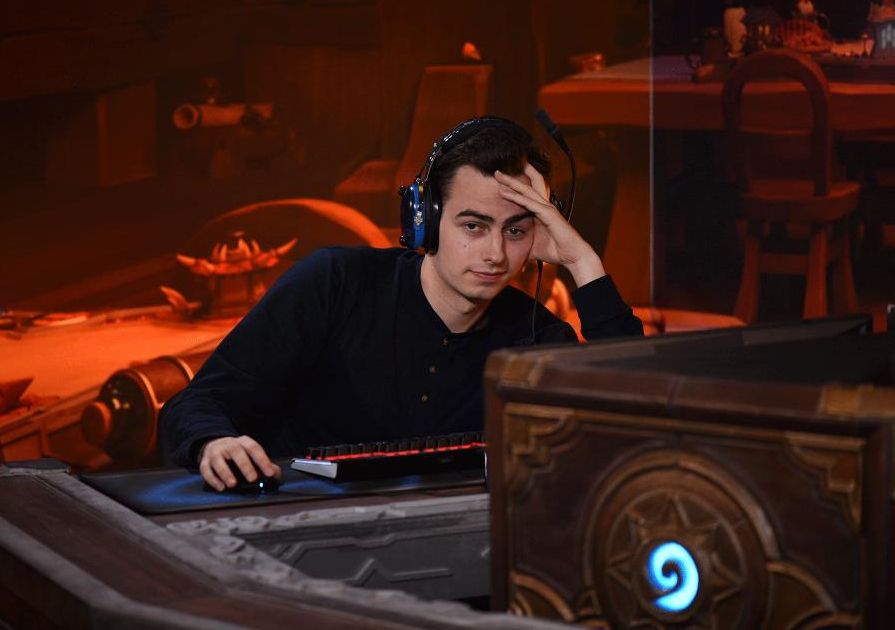 GamersOrigin: Do you enjoy team-based tournaments?
Gallon: I enjoy hanging out with people of my team, Den and Trec are good friends of mine. We have very different approaches of the game. And that is good! It means that we can innovate, figure out new stuff. But inside of a game, it leads to a lot of “I want to do this” and Trec says “I want to do that” and Den is like “I need to play something!”. One of the thing I was struggling with while playing team games in high school and college was feeling that either I or a teammate was causing us to lose.

With Hearthstone I can control everything besides the RNG. Every loss can be blamed on myself, and I can enjoy every win.

GamersOrigin: Are you using special tools outside of the game?
Gallon: There is a lot of semi-public information that pro players don’t use. HSreplay is the most known, you can check decks win rate on ladder. It has a lot of games played but it often misrepresents stuff. For example, if Purple and I are testing a match-up and determine this is a 60-40 and HSreplay says it is a 50-50… This is not always accurate.

There are some more relevant stats websites you can look at. There is the one named Pasca on Twitter who collaborates with people to do open cups reports, looking at what’s good and what’s bad. There is also the GM website, where you can see the decks used and their win rates. And this is the best players against the best players, while HSreplay is just random ladder games.

GamersOrigin: What is the part of non-playing Hearthstone in your training?
Gallon: This is a mixture. Playing Hearthstone is a pretty passive improvement. I am not really focusing on how to improve when I am grinding a ladder finish for example. This is not an active method. On the other side, I sit down and say “ok, how is this deck against this deck: I want to know how exactly to mulligan, what to do on this turn etc.”.

The active improvement comes from the daily analysis, when you sit down and really try to solve a metagame.

GamersOrigin: What is your favourite class?
Gallon: My favourite class used to be warrior. Now it is rogue, it is not the best deck but I like its playstyle.

GamersOrigin: Do you think it’s a coincidence that rogue is often picked as pros favourite class?
Gallon: No, because there is a lot of decisions to make with that class. It means you can go deep more often. One of the deck that is really popular right now is Highlander paladin. In this deck you try to curve out, play something on turn 1, turn 2, 3 etc. There is not that much decisions: you play your 1-cost card, then your 2-cost card on turn 2. But with rogue, there are so many options every single turn. Even by turn 3 I can have 10 different choices available.

GamersOrigin: Which card would you remove from the game?
Gallon: If I had to remove a card… I think Hearthstone is in a pretty good state. There are some cards that I would twist. The only card I felt this way recently was Luna’s pocket galaxy, it was too good and doesn’t felt fun to play against. They actually ended up fixing it.

GamersOrigin: And would you change anything in the competitive system?
Gallon: Yes. I grinded the 2018 circuit with a bunch of really good players who ended up being GM. The good players, you’ve figured out they were good, you know what I mean. At the end of the year, some people were just constantly doing well, from event to event, with Hunterace at the top and many people following him. This year I feel those people don’t have enough opportunities, at least with the 3 Tours stops held this year. It felt less consistent. Even for me, going to GM this year wasn’t based on the fact that I constantly performed in 2018 but on the fact that I did really well at only one event.

The biggest change I would make is having a second league, a lot of unknown players are really great and they should have a shot.